For a change, I thought I’d do a post on each of the 100+ Australian birds I’ve photographed and identified over the last 10 years.

When I first spotted a Nankeen Night Heron on the bank of the Ornamental Lake in Melbourne’s Royal Botanic Gardens I was thrilled as I thought it was a rare bird.

It was early in my photography hobby and I’d never seen such a beautiful bird.   I seem to have lost that first image in a computer crash, but I’ve got plenty more photos taken over the years.

Over many months (and years) I discovered they were common, especially in winter on the large island in the middle of the Ornamental Lake when the trees are leafless and the winter sun shines directly on the bare limbs. 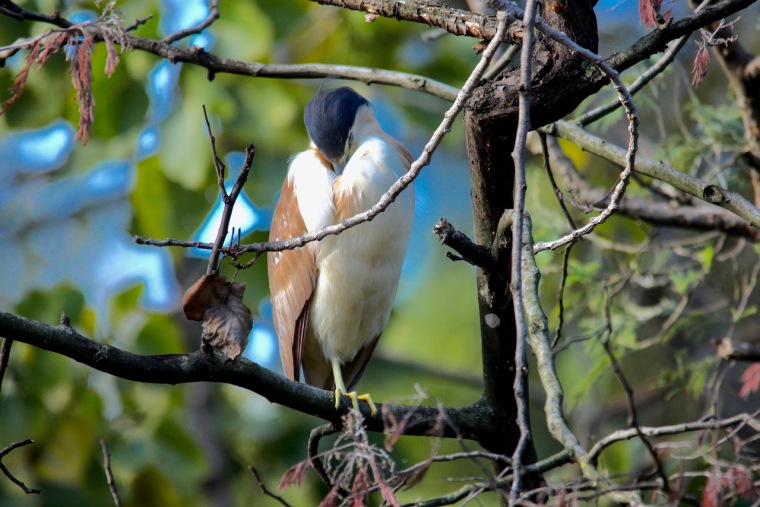 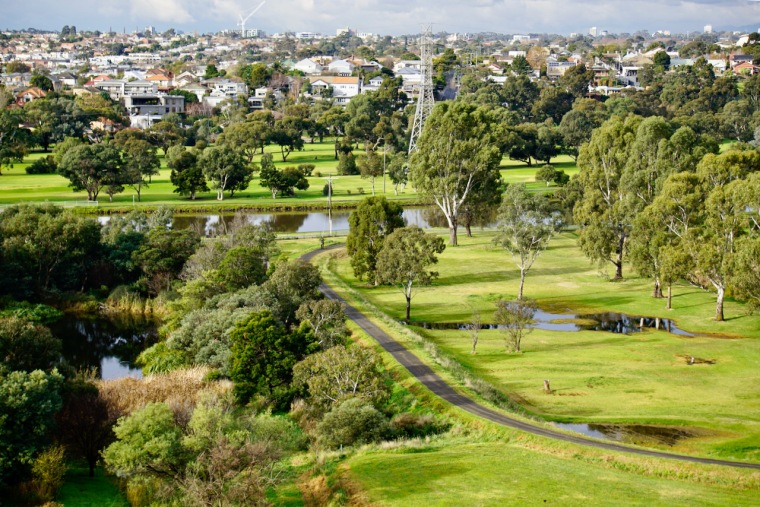 There’s supposed to be Nankeen Night Herons in the Frogs Hollow Nature Reserve behind my apartment building (above in the lower left – photographed from the 5th floor) and somewhere in the parkland up and down the Maribyrnong River near my home (below) but I’ve never seen one since living in the area over the last 4 1/2 years.

I hope the image below is helpful for overseas followers to appreciate that I’m no longer living close to the city (of Melbourne) which is partly why I rarely go into the city these days and certainly never do street photography.

The images below are a mixture of photos made in the landscaping of Melbourne Zoo as well as at the Royal Botanic Gardens in Melbourne. 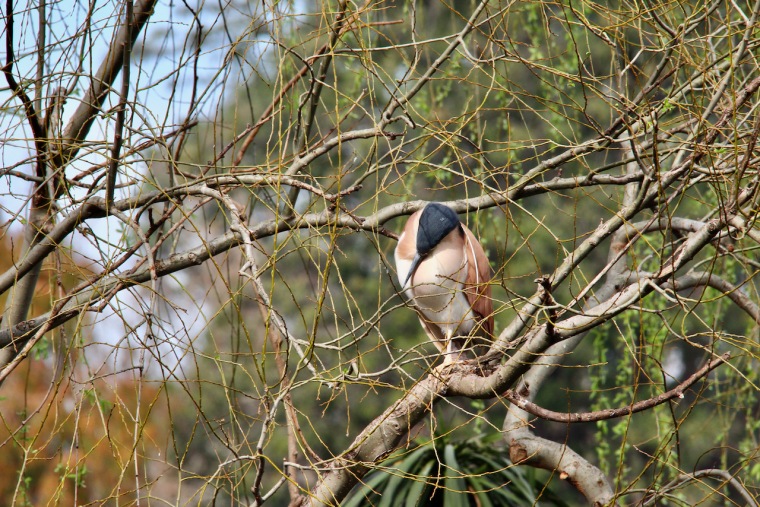 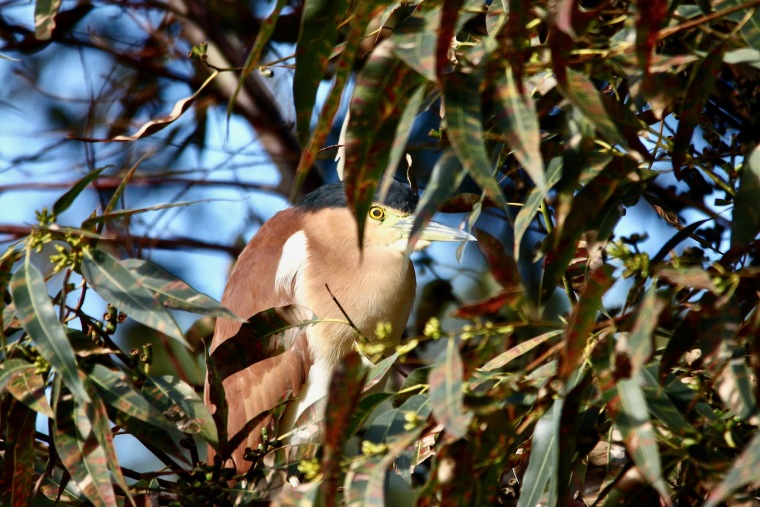 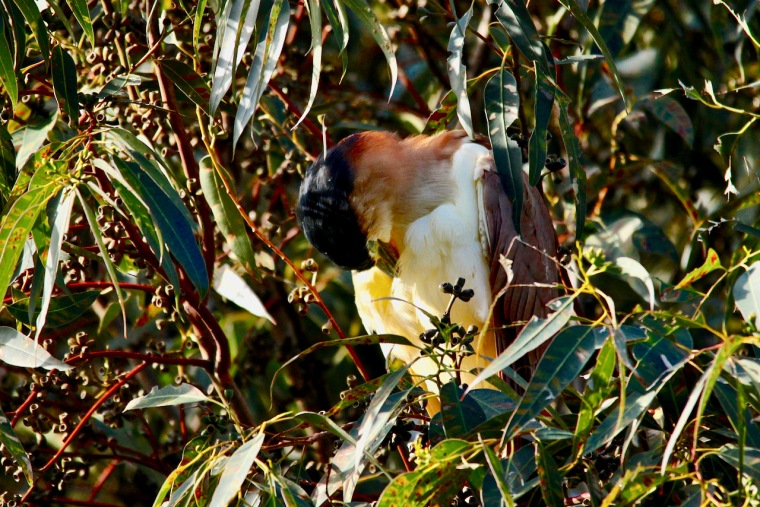 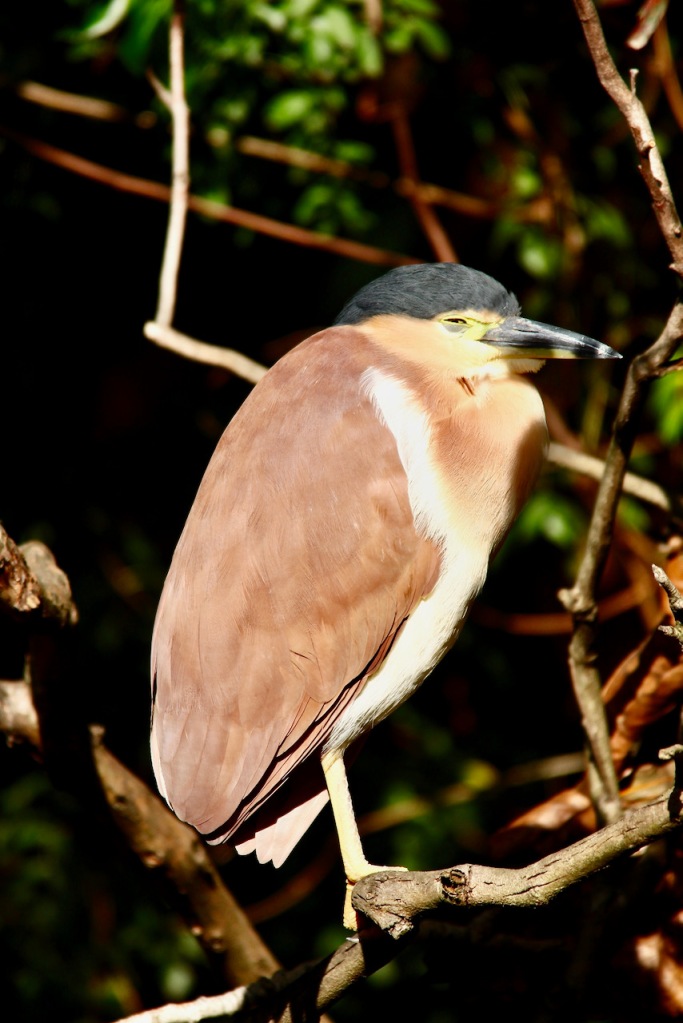 This rather poor image (below) shows what I call the Heron tree in the Ornamental Lake.   The tree is dead and can be covered in 20+ Nankeen Night Herons warming up their feathers in the winter sunshine. 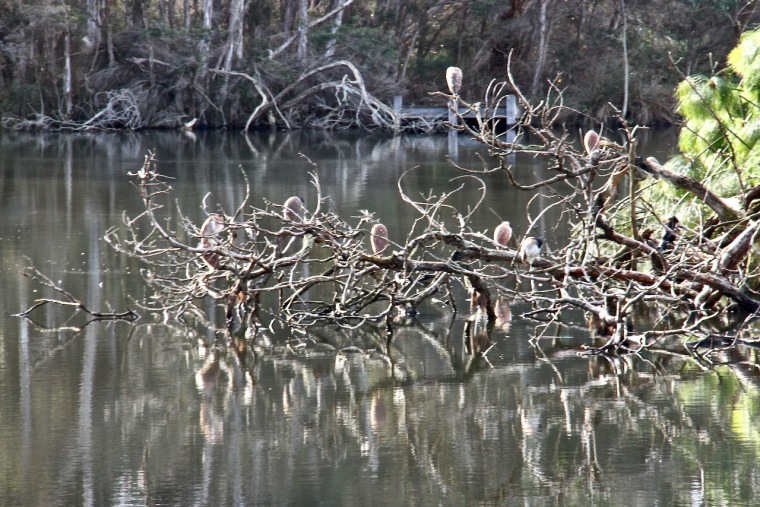 I’ve always been fascinated by the two slim white feathers adorning the ‘neck’ of the heron.   Why did Mother Nature put those feathers on the adult bird?  (I haven’t yet asked Mr Google that question).

I was kneeling down about 3-4 feet from the heron when I took these photos in the Zoo restaurant courtyard (next to the Japanese Garden). 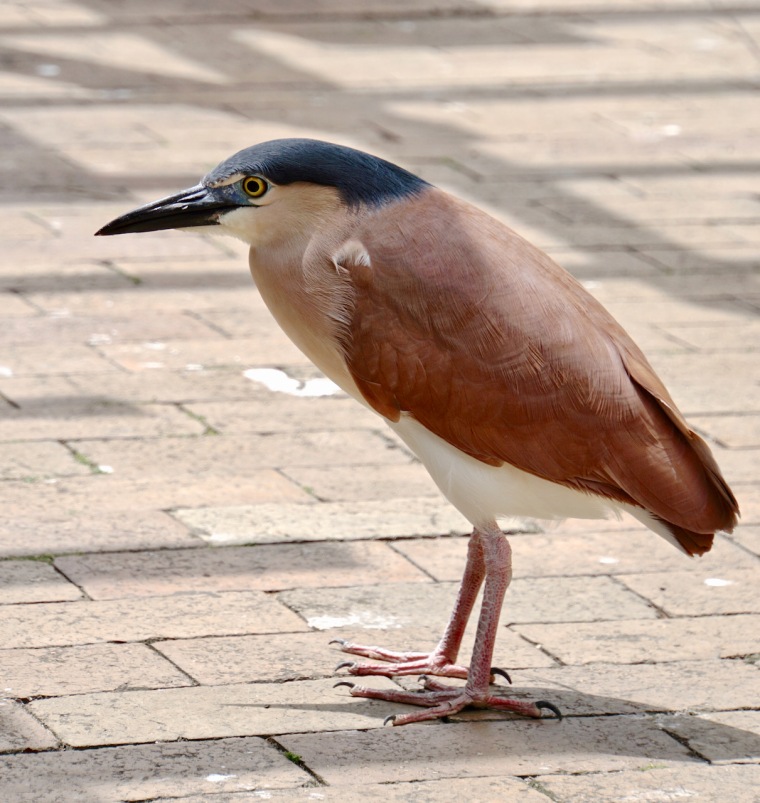 The next minute the heron turned and started walking straight towards me and I had to stand up and move away from its path.

This heron was photographed on a small island adjoining the main lake in the Royal Botanic Gardens. 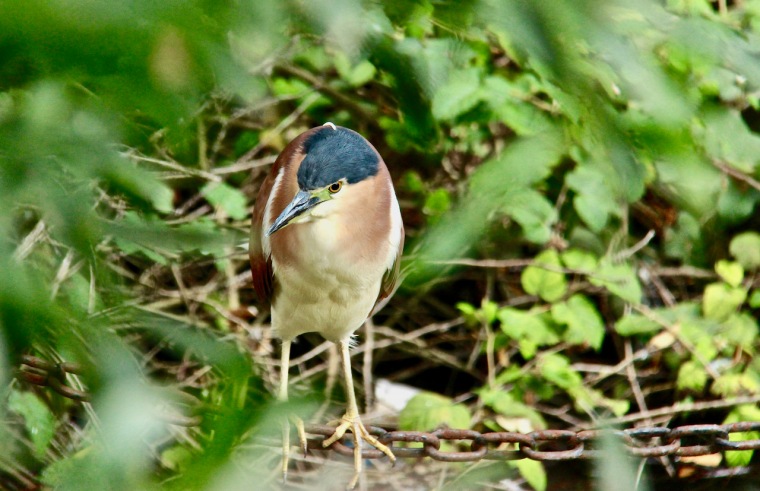 Apologies to the long-time followers who followed my old nature blog and will have seen these images several times before. 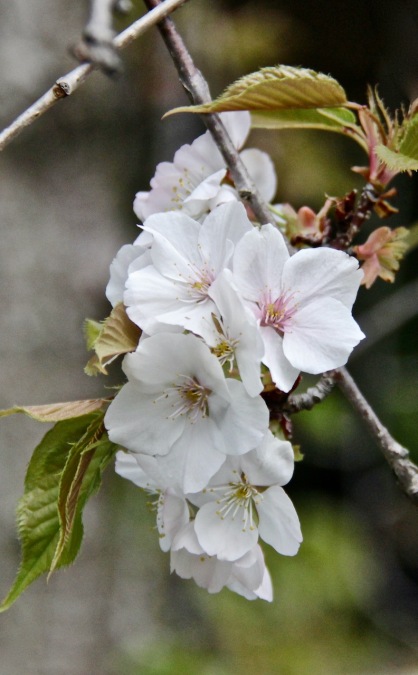 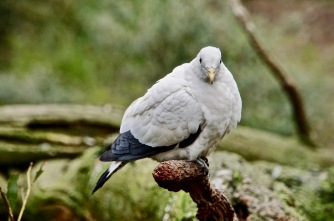 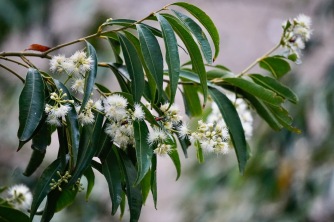 EUCALYPTUS in front of my apartment balcony 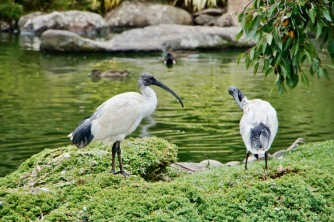 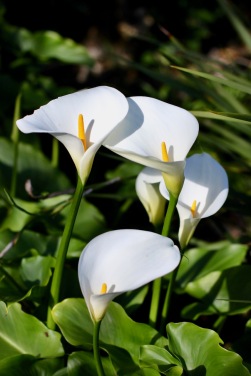 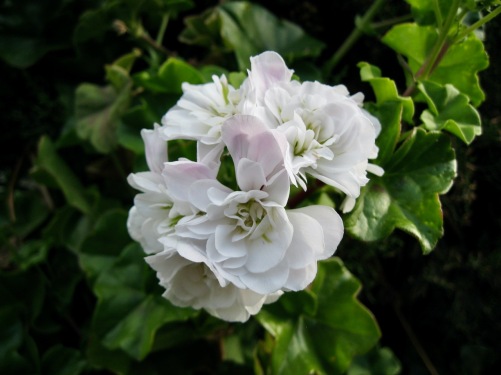 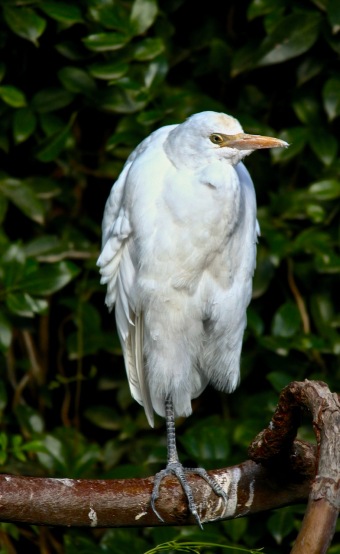 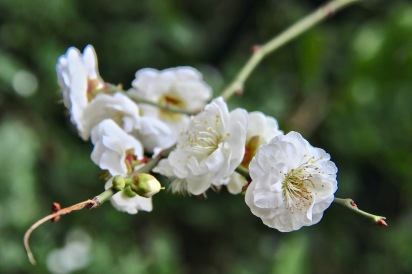 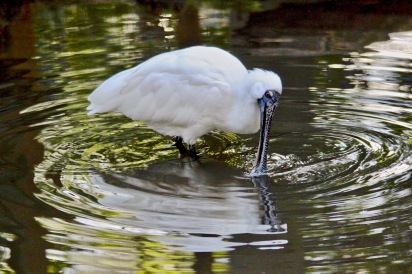 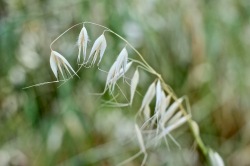 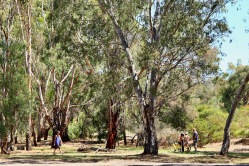 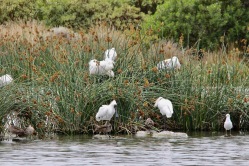 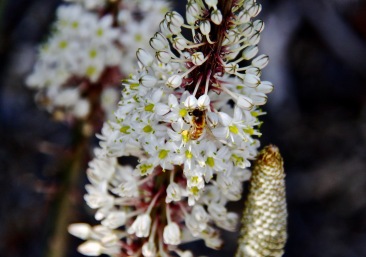 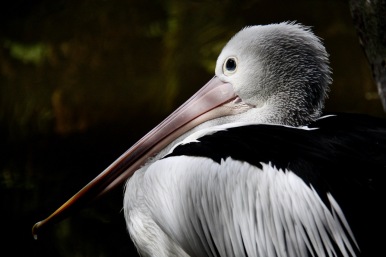